Peptide therapy is not exactly new; just here in the US. Peptide therapy has actually been used for years in other countries showing true efficacy in its ability to progress healing and optimization goals in a way other treatments have not been able to before.

Peptides are insanely versatile in their ability to help you heal from injury, modulate their immune system, reduce pain and inflammation, enhance peak performance, as well as modify your body and brain.

In order to achieve your goals and make strides in your health, wellness and/or longevity it’s imperative to work with a qualified doctor on peptide stacks, timing, doses and cycles to optimize their effectiveness and keep you safe.
‍
As a member of the International Peptide Society and A4M I can combine science-backed but progressive treatment plans. We will work on a personalized program that includes personalized lab reviews, stacks, and touch-bases to make sure you’re meeting your goals and feeling your best.
‍
You will also receive a 50% discount on Tailor Made peptides, reduced cost continuous programming, and for patients local to NYC – discounts to partners to help you accelerate your healing. Partners include Higher dose, Osteostrong NYC, Provenance Meals, Sakara, JOOV & more.

This stack starts with the peptide Epitalon, which has shown promise in life extension and regenerative health (1,2,3). It has been shown to increase the telomeres in human cells, which shorten as we age. It has the potential to normalize the function of the pituitary gland, is an active bio-regulator of the endocrine system and pineal gland, as well as the endocrine system. It has additionally been associated with the normalization of melatonin levels in older patients due to its regenerative capacity.
‍
Epitalon is most effective injected subcutaneously.
‍

Pain can be improved with a stack of BPC-157 and Thymosin Beta 4 (TB500) as well as a couple of others to accelerate healing. BPC-157 has shown to expedite the healing of wounds due to its ability to increase the activity of growth hormone receptors (6). Thymosin similarly, plays a role in tissue repair and has efficacy in the not only the regeneration and remodeling of injured tissues but protection as well.
‍
BPC-157 and TB500 are most effective via subcutaneous injection

GHK-Cu and stimulates blood vessel and nerve growth to reduce wrinkles and improve skin firmness, elasticity, and clarity (7,8,9). GHK-Cu has shown efficacy in hair growth as well – increasing both hair length and thickness, meanwhile enlarging the hair follicle size. Leuphasyl is a Botox-like particle that is also effective in reducing the signs of aging (10).

BPC157 is probably the most well-known peptide for its tissue repair abilities (14). It has the potential to reduce digestive inflammation, aid in the repair of the gut lining to combat leaky gut, IBS, & Crohn’s disease (11,13,15). It’s also helpful after an acute or systemic round of antibiotics or NSAIDs (12).
‍
For those weary of injections, BPC-157 can also be administered in a patch or sublingually.

Semax and Selank are options for modulating cognition. Semax, for one, is a long-studied nootropic peptide in other countries given its ability to regulate attention, memory formation, speed of processing, as well as accelerated nerve regeneration (20). Who can Semax help? Those who are experiencing brain-fog or ADHD-like symptoms can see improvements in their focus and learning capabilities due to Sexmax’s positive impact on dopamine and BDNF (16,17,18). It has also shown efficacy in those seeking to restore neurological function post-stroke, as well as those with chronic diseases such as ALS, Parkinson’s, and Alzheimer’s.
‍
Selank can be used in tandem or by itself. Selank works as an anxiolytic with stimulatory and cognitive enhancing properties. Those seeking a better mood or anxiety relief may find Selank helpful (21).
Semax & Selank come in an easy-to-use nasal spray.

Weight loss can drastically improve with the use of Tesofensine via its action as an appetite suppressant (22, 23). In studies, Tesofensine has shown double the weight loss of participants compared to any currently approved weight loss drugs (24). It also has a positive effect on neurotransmitters, such as dopamine and serotonin, to support energy balance and mood. Layered with the peptide Amlexanox, which improves glucose control, is the start of an effective stack to address two issues people often have when trying to lose weight (25).
‍
Tesofensine & Amlexanox are both in capsule form.

Weight loss can drastically improve with the use of Tesofensine via its action as an appetite suppressant (22, 23). In studies, Tesofensine has shown double the weight loss of participants compared to any currently approved weight loss drugs (24). It also has a positive effect on neurotransmitters, such as dopamine and serotonin, to support energy balance and mood. Layered with the peptide Amlexanox, which improves glucose control, is the start of an effective stack to address two issues people often have when trying to lose weight (25).
‍
Tesofensine & Amlexanox are both in capsule form.

If your immune system is under-fire due to Hashimoto’s Thyroiditis, the Epstein Barr Virus (EBV), Multiple Sclerosis (MS) or any other autoimmune diseases it may be worthwhile to explore immune-modulating peptides (30). Additionally, acute and chronic conditions such as Lyme disease or Shingles that have immune-based triggers have the potential to be controlled with a comprehensive program that includes peptides. Thymosin alpha 1 is the main peptide I include in any immune-modulating stack as it augments T-cell function, which in turn may restore immune function (31, 32).
‍
Thymosin alpha 1 is most effective via a subcutaneous injection.

Delta brainwaves are very slow and loud brainwaves (low frequency and deeply penetrating, like a drumbeat) and generated in deep meditation and dreamless sleep. It’s important to shift into delta during sleep because delta brain waves are associated with the reduction of cortisol and thus a reduction in stress. Delta Sleep Inducing Peptide (DSIP) helps the brain find delta sleep much easier (33,34).
‍
DSIP is most effective via a subcutaneous injection a couple of nights per week.
‍
*Partners include: Higher dose, Osteostrong NYC, Provenance Meals, Sakara, JOOV & more 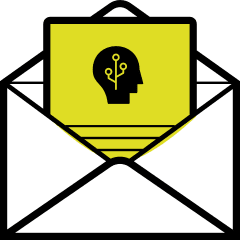